Skip to content
You must have said it a hundred times I am using an ethernet cable or I have an ethernet connection at my home.
Am I right?
Well, have to ever think what it is? I mean not only in a sense of cable but how it works and types and purposes.
Today we are going to table all about either let’s get started.

In simple words, ethernet is a network that is defined by IEEE 802.3. Now 802.3 is a guide which defined now to create a network call ethernet. It explains which cables to use which standards to follow, how much speed it has, how does this network communicate and a lot more in full details.
IEEE has defined a lot of versions of ethernet which are evolved on a yearly basis and in the end we are currently using this version which will eventually get evolved too.

When we send some data over the network it is sent in the form of a frame. Now, this frame consists of a few portions which contain Destination MAC, Source MAC, Data type which is being sent and the DATA itself a PAD and FCS for error detection.
NOTE a jumbo frame can carry up to 9000 bytes.

back in the days, Ethernet founded 10baseT which is in simple words a switch. In was invented to overcome the token ring which was invented by IBM and it was faster than previous technology by ethernet. In simple words, 10baseT was a hub. So 10baseT runs at 10 MBPS over CAT 3 or better.
10baseT can have up 1024 nodes per switch.10baseT cable runs are a maximum of 100 meters between the switch and node.

yes, switches are a lot better than hubs but for a reason, there is a difference between the working of both. So in a hub lets say we have 5 computers connected now one PC wanted to talk any pc from the list now that hub will do copy the frame send by PC that wants to talk and send it to all other PCs.This process happens all the time when any PC sends any data to other PC connected with the hub. 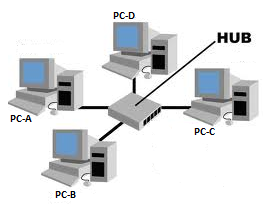 But in a switch, its different switch works on MAC addresses. When PC wants to talk to any other PC switch already has its MAC address and switch will not copy that frame and send it to all other frames switch will simply send that frame to that MAC to which it belongs. 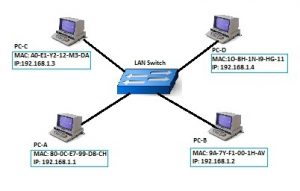 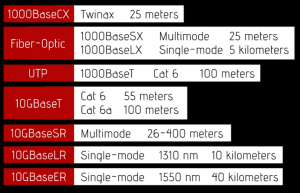 Now when you are using these fiber cables you will get some problem with the place where you have to plug them because they have a lot of different connecting plugs. The most convenient way to overcome this problem is getting a connector related to your wife.